Python is a widely-used general-purpose programming language that is easy to learn, understand and code. Python has two main versions that are Python 2 and Python 3.

To begin with coding in Python, we must first install Python on our system.

Check if Python is Already Installed on Linux

Before proceeding with Python’s installation, we should check if it is already installed because most Ubuntu 18.04 or 20.04 has pre-installed Python. We can check this using the following command in Linux.

If Python is already installed, we will get its version; otherwise, we must install Python.

Use apt to Install Python 3 on Linux

First, we will update and refresh repository lists by the following command. 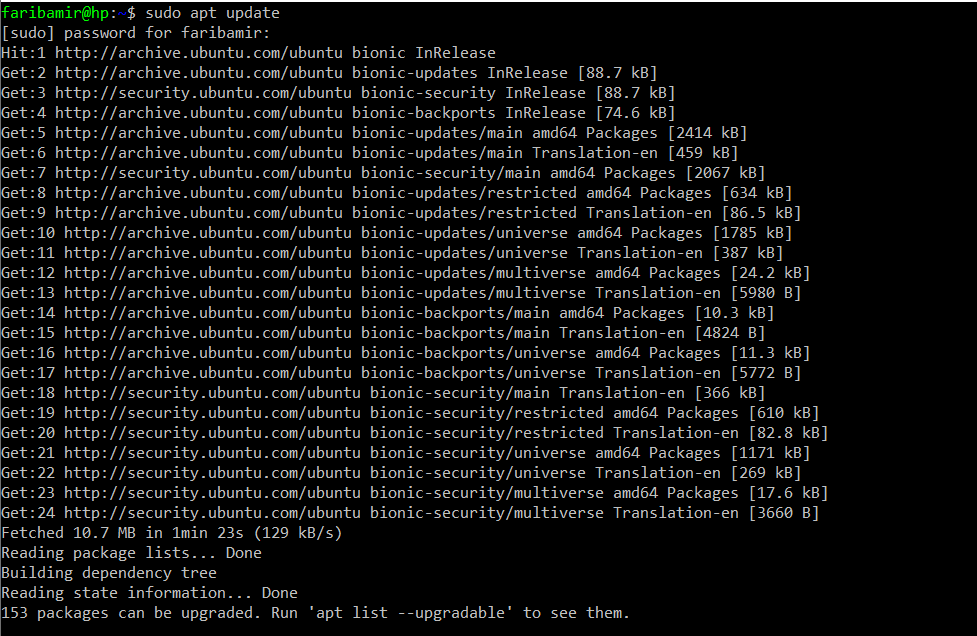 Then we will install the supporting software that is software-properties-common because it will let us add PPA (Personal Package Archive) repositories which we will use later.

Before installing Python 3.8, we will install deadsnakes PPA. It lets us install multiple Python versions on Ubuntu.

It also contains the most recent Python versions.

Again we will update and refresh the repositories.

After installing all the required packages, we will install Python 3.8 by the following command.

To verify if Python 3.8 has been correctly installed on our system, we will enter the following command on the terminal.

We will get the following output if Python 3.8 is correctly installed on our system.

The other way to install Python is by downloading the source code from the Python official site.

First, we will update and refresh the repositories.

Then we will download the required packages by the following command.

Then we will download our required release of the Python version from its official website using the wget command.

After downloading the Python version, we will extract the gzipped tarball, a compressed file containing Python 3.7.4.

Next, we will move to the Python source directory.

We will execute the configure script to check that we have installed all the required dependencies. The --enable-optimizations flag will enable Profile Guided Optimization (PGO) and Link Time Optimization (LTO).

It will increase the build time, but it will optimize the Python binary by performing multiple tests. We will start the Python build process using the make command. We will use -j 8 to reduce the build time.

After the build, we will install Python binaries. 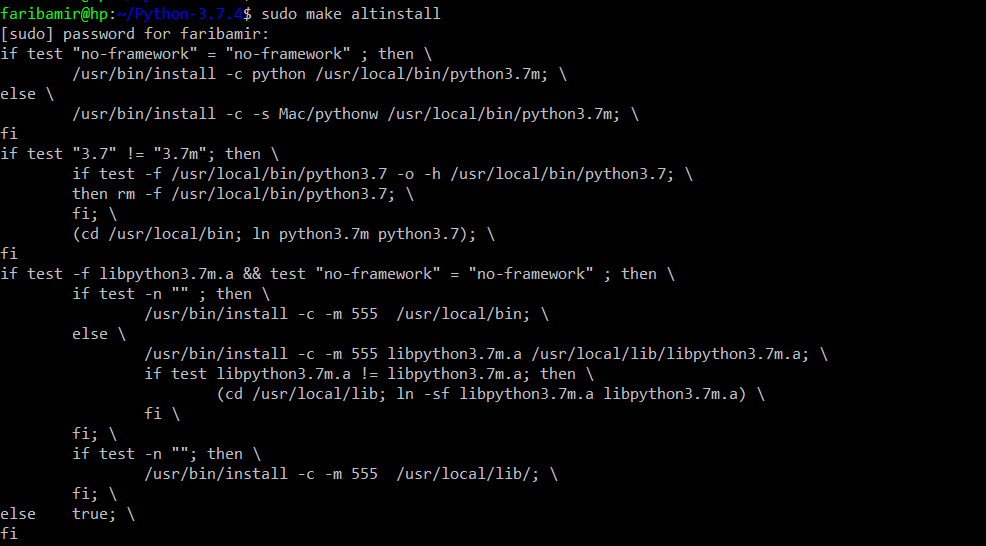 Finally, we have installed Python 3.7. To check its version, we can use the following command.

I am Fariba Laiq from Pakistan. An android app developer, technical content writer, and coding instructor. Writing has always been one of my passions. I love to learn, implement and convey my knowledge to others.