This article aims at explaining how to decode Base64. We will look at the codes on decoding Base64 data, then venture towards Base64 image decoding.

Demonstrate Decoding Base64 Data in Python

Base64 decoding is a five-step process, which is as follows.

Consider the example below.

Suppose we have a Base64 encoded string U3Vubnk=, which must go through Base64 decoding. The first step requires conversion of it into its decimal form.

These decimal characters need to get converted to their 6-bit binary form.

Segregating it into 8-bit:

The last group is appended with 4 extra zeroes to make it 8-bit. It does not affect the result. Now, these 8-bit binaries need to get converted to their decimal format.

Lastly, we will convert these decimal digits to their corresponding letters using the standard conversion chart.

Decode Base64 Data Manually in Python

These are the steps to follow to decode Base64 manually in Python.

In the program below, decode is the variable that stores the Base64 decoded value. We need to print the variable decimal_converted_string to see the decoded result.

The UTF-8 method is a more straightforward approach to decoding Base64 using python. Let’s see how this works.

Decode an Image Using Base64 in Python

The last segment will discuss practical uses of Base64 decodings, such as Base64 image encoding and decoding. We will look at how images are encoded into their Base64 codes using Python and how it is decoded back, as well.

We have an image named cheers.jpg which will be encoded. 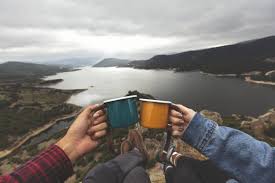 Encode an Image Using Base64 in Python

Import the Base64 library package. The syntax with open("cheers.jpg", "rb") is a Base64 function that stores the image’s bytes in an object named photo2code that we created.

Finally, coded_str is printed to see the Base64 output.

Here, the output is a long ciphertext. You can execute the above code to produce the result on your machine.

Decode a Base64 Code to Its Image Form in Python

Reading the Base64 Data

A writable .bin file is created to store the Base64 values for this step.

The syntax with open('file_name, "wb") as file: creates a writable ("wb") .bin file, in which we store the Base64 values. The file.write(coded_str) syntax simply writes those Base64 values into that .bin file.

All it needs is to put the file having Base64 values in the syntax, with open('(filename.extension)', "wb") as file:, and the file will be loaded in the program. It should be made sure that the file is in the same directory where the python.txt file is stored, or the system won’t interact with it.

Decode Base64 Values and Write Into an Image File

Here, we will use the values inside the .bin file to decode. Variable decoder is created that loads the .bin file through the syntax decoder = open('pic_encoding.bin', 'rb').

The file is loaded as a readable entity because we won’t be writing anything in this file anymore. Then the contents of the decoder are read by a variable using the syntax, read_b64 = decoder.read().

The variable final_decoder is used to create a new writable .jpeg file where we will be storing our decoded Base64 values.

Finally, we decode and write the contents into a new image file.

Let’s recall the steps initiated so far to make everything crystal clear.

When all the above steps are initiated, we decode the binary values and write those values in the image file using the syntax,

The Base64 function took the values from the variable read_b64 and transferred them into the image file through the variable final_decoder.

The program will generate a new image file in the same directory where the python.txt file is present if appropriately executed.